Sulphur as Expensive as the City of Cluj

The other day I did a “reconnaissance” hike in the Călimani Mountains on a segment of Maria Theresia Road, together with the gang from Tășu and my girls. The Via Maria Theresia marathon which is a Tășuleasa Social project, who worked together with Raiffeisen Bank will take place there on the 16th of August. Wonderful scenery, wonderful people, wonderful weather.

But I also had the opportunity to see a “monument” of human pride, stupidity and “greatness”. In the middle of the beauty that is the Călimani Park, there is evidence of a surface quarry for the exploitation of sulphur. It is said that 6,000 people once lived and worked there. The exploitation of sulphur is just a euphemism, because there wasn’t enough sulphur found there for the destruction of an entire mountain and of half of the Pinus Cembra, an endemic species living there since the glaciations, to be worth it at least economically speaking. So, they just gave up on the quarry and that was it. That was it, meaning:

– nature will only fully recover and restore itself in 10,000 years;
– the viruses will only appear in the watercourses in the area in 100 years; we can’t even estimate when bacteria will appear; and let’s not even talk about fish and other life forms;
– the cost of this unnecessary adventure is estimated to be equal to the amount of money with which one could buy the city of Cluj (and everything in it). 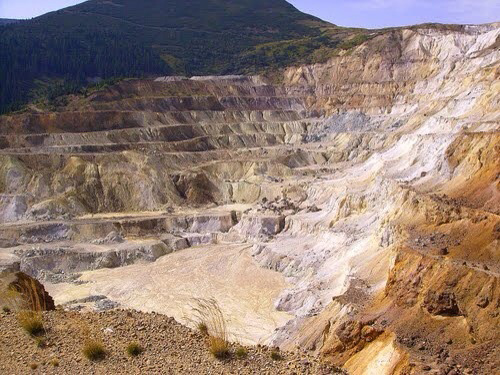