Life for Via (Road) Maria Theresia 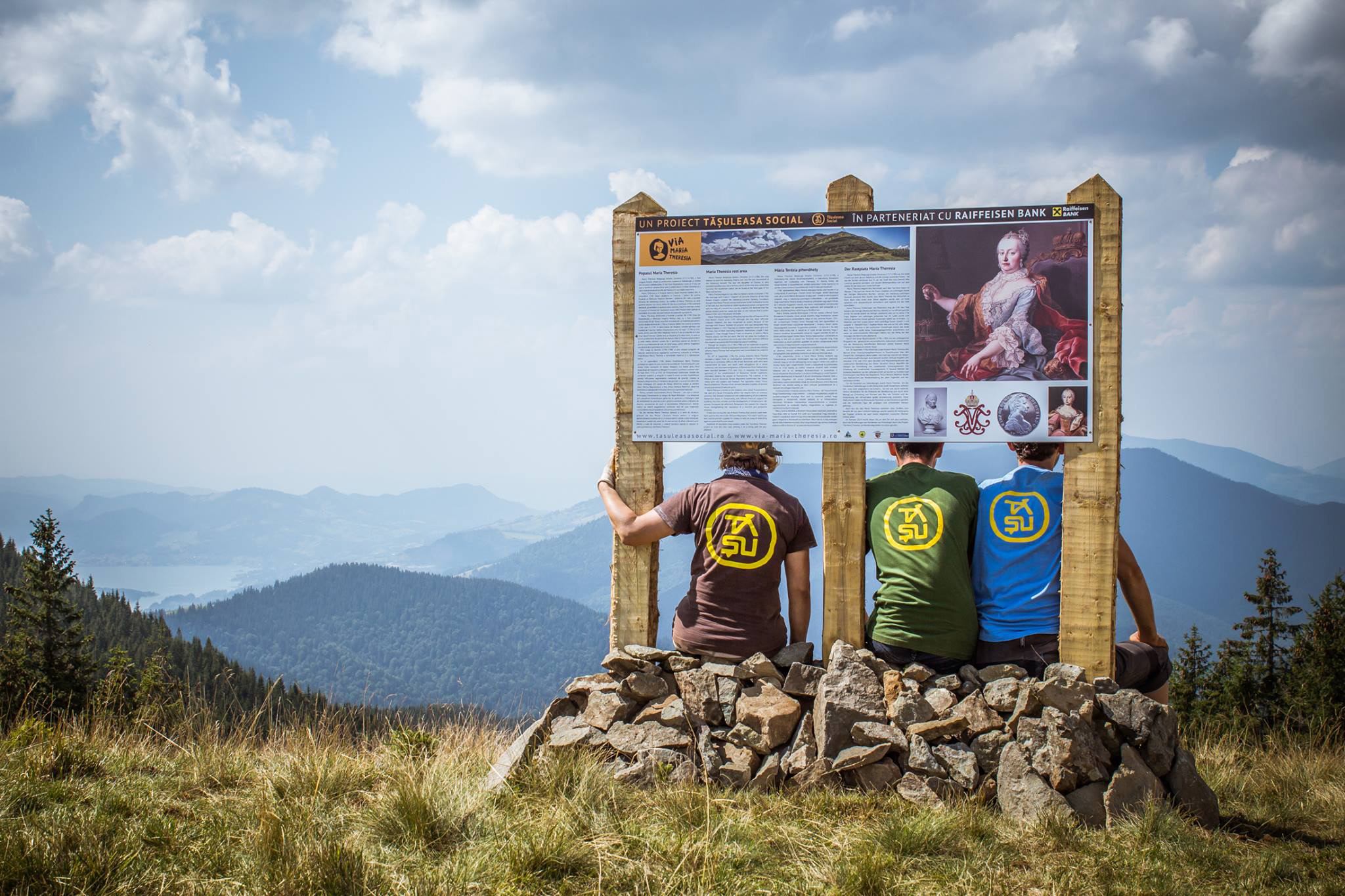 A historic road in the Călimani Mountains is being rebuilt by volunteers with their own hands. On August 16, people will run on Via Maria Theresia for the first time in a “victory” marathon. Thus, they want to draw the attention of tourists, hikers and athletes to this heavenly corner of the country, exceptionally pristine and naturally beautiful. For four weeks, 150 volunteers set up 300 bollards and 278 stone lures somewhere in the heart of the mountains, on a beautiful path that was once a road at an altitude of 1,700 meters. And it’s not over yet. There is a total of 42 kilometers to be cleared and marked, and the rehabilitation work of the Maria Theresia Road is only halfway done. For four weeks, Tăşuleasa Social has moved to the mountains, where they are working to rediscover a road that history has left behind here.

Over 150 volunteers, young and old, Romanians, Germans and Americans, have already participated in the planning and construction of the Maria Theresia themed trail in the Călimani Mountains. Among them were German students from schools that Tășuleasa Social partners with, Raiffeisen Bank employees, their partner in the project, and many Tăşuleasa Social volunteers. Volunteers have so far carried over 300 bollards to the mountain crest with their bare hands and on their own backs over miles, they dug pits, fixed landmarks and 278 posts (up until now), in order to protect the rain poles and stabilise them. A bollard measures over 2 meters, is made of weather-treated wood, must be buried in the ground about half a meter in and can weigh up to 15 kilograms; they are located 100 meters one from another. The posts are about one meter long and are made up of boulders carried and built at the base of the bollards.

3,600 beautiful and reflective marking plates have been made and can’t wait to be put up. Thousands of branches and tens of thousands of stones were removed from the path so that the route would open up widely and be welcoming to the athletes and hikers who would cross it. The volunteers there have some of the most diverse stories, about fatigue, sweating, rain, overworked muscles, frugal food straight “from the horse’s mouth” during the half-hour lunch break at 2 o’clock, about the working day starting at 7 and ending at 9 o’clock in the evening just before sunset, but especially about their will and their joy that stems from accomplishing something together, no matter how many Golgothas ​​have to climb up the mountain with the marker poles on their backs. I was there and I worked and sweated side by side with the volunteers to see what it was really like. Up until then, me and my colleagues and the Tăşuleasa staff were involved in drawing and designing markings and information systems – so office work. In the field, with the sky above you and junipers all around, it’s something completely different. Everyone who has lended a hand in the construction of the road says it is a liberating experience for both your body and your soul.

The Maria Theresia Road is a historic road located in the Călimani Mountains, built hundreds of years ago in order to logistically support the border guard troops of the Austro-Hungarian Empire with weapons and food. This summer, the volunteers of the association are trying to recreate a permanent thematic path here, which crosses the Călimani Mountains from East to West and vice versa, a path that can be travelled all year round, during the day or at night. Thus, Tăşuleasa wants to draw the attention of tourists, hikers and athletes towards this corner of the country – resembling an actual place in heaven, exceptionally pristine and naturally beautiful. The Via Maria Theresia project has several objectives. The first and most important one is to raise awareness of the importance of nature, forests and national parks, but also of the practice of outdoor sports. The second objective refers to promoting the road – which is considered a historical monument – therefore contributing to the education of young people. Alternatively, the prime objective of the promo received by the Călimani National Park and the overall development of mountain tourism is the decrease in forest crimes, due to the presence of large numbers of tourists, hikers and athletes in the area. Tășuleasa’s partner in this project, Raiffeisen Bank, also made it possible for 200 children to have the chance to participate in the special programmes coordinated by Tăşuleasa Social in the Pedagogical Forest.

Maria Theresia Road was a link between several cultures hundreds of years ago; today this road again shares the same purpose as an intercultural link – which is why the site www.via-maria-theresia.ro was put up in four languages: Romanian, Hungarian, German and English. The first three are the languages spoken in the area during the Empress’s time, and English was chosen because of how widespread it is; we hope that, in this way, the project can be known by as many lovers of beauty, history and sports as possible. The Road – as the volunteers briefly call it – will be open to marathoners, cyclists and hikers alike, starting on August 16, when the inauguration of Via Maria Theresia will take place by organising a sports competition. 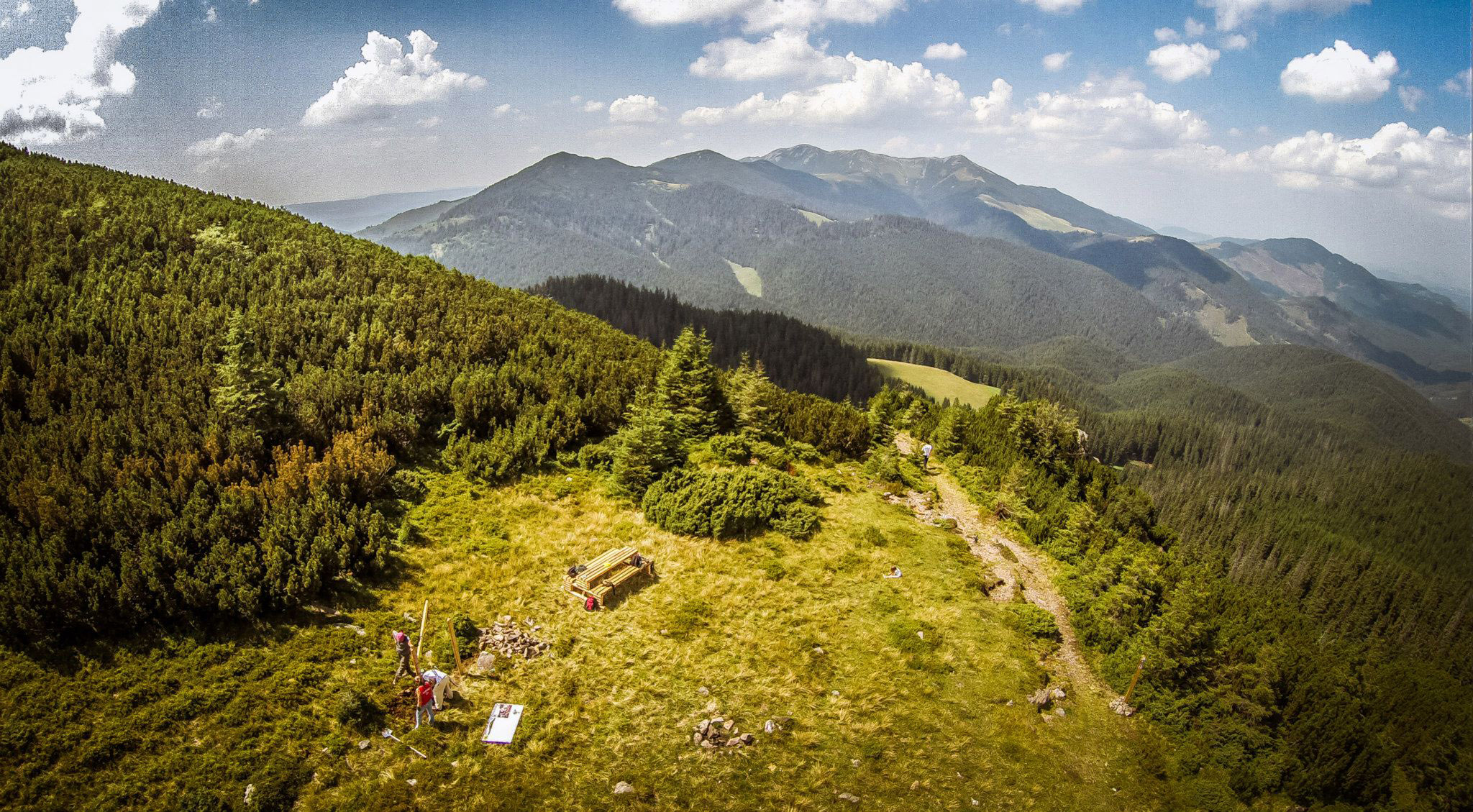 The project on rehabilitating the road was initiated by Tășuleasa Social almost a year ago; since then, its organisation and logistics have been developed, while the operations necessary, the number of people needed and the route have all been dealt with. The projection of markers, signboards, information boards on the history of the place in four languages, and many other preliminary operations have been verified twice with GPS gear. For 13 years, Tăşuleasa Social has been fighting against massive deforestation, both through afforestation actions and through educational projects, such as the Pedagogical Forest. This year, the association’s efforts to save the forests go to another level, focusing on encouraging as many people as possible to practice hiking and other mountain sports, thus being more often present in the forests and voluntarily becoming their guards.