This summer, for more than a month, the Mountain Hiking School project took place, organised by Tășuleasa Social in their own campus, in the heart of the Călimani Mountains, on the Via Maria Theresia route, with the help of Coca-Cola HBC Romania. Photos, reviews and many more can be found on the Mountain Hiking School’s Facebook page. More than 300 people who had never been on a mountain before learned for free the meaning behind the mountains and the best way to approach them, from how to walk on the mountains, to packing your backpack and notions of mountain ethics.

I was responsible for this mountain ethics course and I was delighted to share these things, as well as my experience of over 30 years of mountain hiking. The outline and the basics of the course are below: 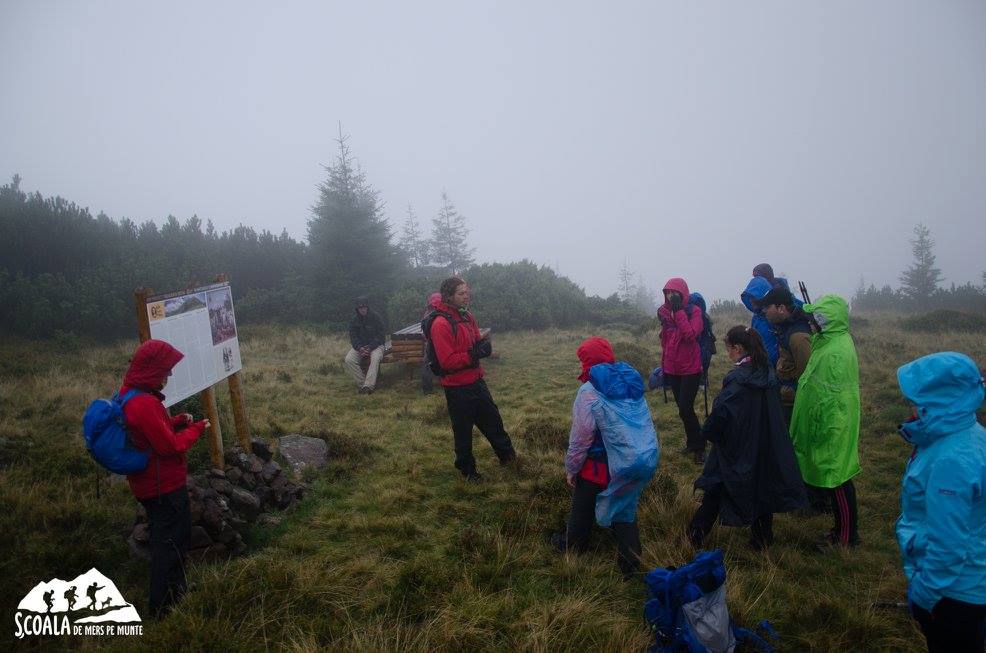 Credo.
„The mountain just is. We’re simply its temporary visitors. Do not invade the mountain.”

Definition (The Explanatory Dictionary of the Romanian Language).
A set of rules which are used by a human group to regulate their behaviour in order to distinguish what is legitimate and acceptable in order to achieve its goals.

Basic principle
„Before going to the mountains, find out things about where you are going”. Because:
– You need to know the terrain, the markers, the tourist routes, the possible emergency evacuation routes, the camping sites;
– You need to know whether or not that mountain is a national park, a reservation, a protected area, etc., and what are the rules regarding fire, camping, flora, fauna, protected species, etc.
Write down important telephone numbers: Romsilva, the forest district, the area management.

1. Ethics regarding the mountain
The basic principle is “if you bring something with you, you also come back with it” or, in another form, “leave no trace behind”. Your footprint on the mountain must be minimal or equal to zero. This refers to:

Garbage and debris
– non-biodegradable waste is NOT to be left behind;
– be careful not to forget equipment or food.

Fire
– lipsa de grijă la facerea focului poate provoca incendii;
– lack of care when making a fire can cause wildfires;
– the fire must be made with materials that nature can recycle: fallen and dry branches, grass, moss and dried lichens. Do not cut down trees or cause damage to the woods just to make a fire;
– don’t make a fire bigger than you need. The Amerindians had a saying: “White men make such great fires that they cannot even warm themselves with them”;
– scatter the ashes and restore the place where the fire was made so that no traces remain;
– do not burn polluting materials: rubber, PET, fossil fuels, etc.;
– do not start a fire in protected areas or where it is expressly prohibited.

Wildlife
– storing food and disposing of food scraps so as not to attract wild animals and create a habit for them to return because they become dependent on tourist food;
– biodegradable waste should be thrown outside tourist routes at a distance of at least 100 meters from the track;
– keep quiet, speak at a low volume, do not play music. Animals, which are part of the ecosystem, get scared and will thus avoid some places because of the reasons mentioned before, which would account for a human interference in the ecosystem;
– cubs found alone have a better chance of surviving if left in their own ecosystem than if they are taken to ranger stations, zoos and so on. Most of the time, their mother waits, hidden someplace near, for the danger (YOU) to pass, so that she can take her cubs back.

Reporting problems
– you must notify competent bodies whenever you encounter a problem (of any kind): 112, Romsilva, etc. For example: destroyed markers, trees that were cut down, dead wild animals, shepherd dog attacks, garbage, groups or people who behave inappropriately;
– “if you can, repair the damage done by others”. For example, pick up garbage left by others, pick up fallen marker poles, repair wooden benches found in resting places, etc.

2. Ethics regarding the ones that are with you on the mountain
– don’t go to the mountains alone. It’s okay if you are with at least another person, but it’s best in 3 or more. However, it’s harder to “coagulate” a group of 25 people and make them act as a unit;
– walking in the mountains is an occasion for joy and tranquillity. Don’t turn hiking into a competition with yourself or with others;
– when hiking, you are a team, not competing individuals;
– identify what is everyone’s talent in the group: one could know the terrain very well, therefore they could be the pioneer. Another could know how to start a fire in any condition, and so on;
– take the most inexperienced people in the group into account; always keep an eye on them;
– teach what you know to the less experienced;
– if you are the inexperienced one, take into account the advice of the “veterans”, ask them questions and listen to them;
– you must determine the pace according to the “weakest” individual;
– do not force anyone to do anything against their powers;
– “the mountain does not forgive the weak, the careless or the inconsiderate; not even the proud”;
– notify the group of any problems the moment you detect them;
– if you move a branch out of your way, do it so that it does not hit the person walking behind you;
– warn others if the terrain is difficult or unstable: boulders, rubble, landslides, mud, ice and so on;
– a stone that is accidentally thrown downhill can cause serious injuries;
– keep your distance from the one in front of you so that you don’t disturb their walking;
– walk single file, this is the best way to “sneak” into nature and take each other into account;
– take a look behind you from time to time to see if those behind you are following you;
– when leaving a rest place or camping site, someone must check the surroundings to see if you haven’t left anything behind. You can be the one!
– someone must observe the terrain, remember the details of the route, the landmarks, the cardinal points. You could also do this! 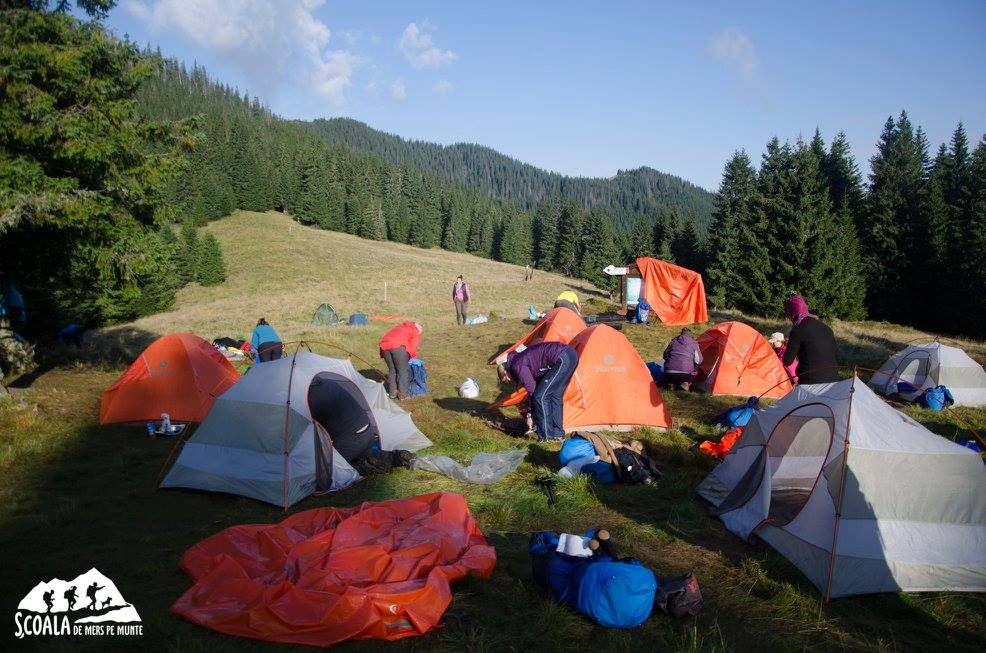